Delicious comfort food lightened up with chicken! Chicken Stroganoff over buttered noodles has all the classic flavors and is on the table in under 30 minutes.

Serve Chicken and Mushroom Stroganoff over Buttered Noodles or Baked Rice, then all you need is a green salad with one of my favorite homemade salad dressings. Stop knocking your head against the refrigerator come dinnertime! Find other easy chicken recipes, like spicy Chicken Tinga that makes a ton of tacos, or Outback’s honey mustard marinated Alice Springs Chicken, smothered in mushrooms, cheese, and bacon.

There’s something about chicken and mushrooms in a creamy gravy that is so classic, so essential, that it’s no surprise that this recipe is so immensely popular. All you have to do is taste it. One bite. Then another. Then repeat until there’s nothing left!

If the inventor of Beef Stroganoff were still around today, chances are he’d make it this way himself–even in Russia.

On the stove, this tasty recipe comes together in under 30 minutes–much faster than a slow cooker or an Instant Pot. Plus it has a made-from-scratch flavor that would make Mr. Stroganoff proud.

Mushrooms aren’t your thing? Leave them out! And boneless, skinless chicken thighs work perfectly here, but you can use chicken breasts, too. Of course, the chicken is lighter than beef, but that shouldn’t be the reason you make it. You should make chicken Stroganoff because it’s the best thing going, especially over soft buttered noodles with a little chopped parsley.

Cooking up Chicken Stroganoff for twenty or two? Just click and slide the number next to “servings” on the recipe card below to adjust the ingredients to match how many you’re cooking for—the recipe does the math for you, it’s that easy.

Besides the ingredients for the sauce, you need chicken, button mushrooms, (I like cremini mushrooms, the more, the merrier) noodles or rice, and a little parsley. See the recipe card for the exact ingredient list.

Stroganoff sauce, in most versions, is made with buttery sautéd onions, a little flour for thickening, a bit of Worcestershire sauce to add salty umami, chicken broth, paprika, and sour cream. Some Stroganoff recipes use cream cheese, but I like the tangy flavor of a good, full-fat sour cream. I know I’m not the only one!

How to make Chicken Stroganoff:

As long as it’s made with full-fat sour cream, chicken stroganoff is ideal for freezing to have later for future meals. First, allow it to cool, then spoon leftover stroganoff into an airtight container or large freezer bag. Freeze for up to 3 months.

To reheat, thaw overnight in the refrigerator, then reheat in the microwave or on the stove top, stirring a couple times until heated through. You may need to add a splash of chicken broth or water to thin out the sauce–it may have thickened during storage.

For the buttered noodles:

To make the buttered noodles:

To make the stroganoff: 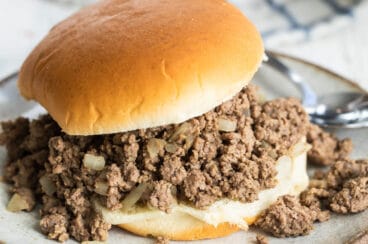 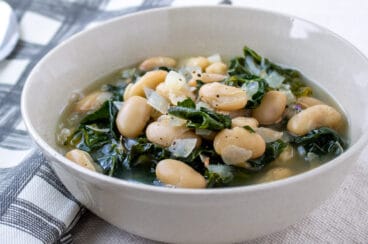 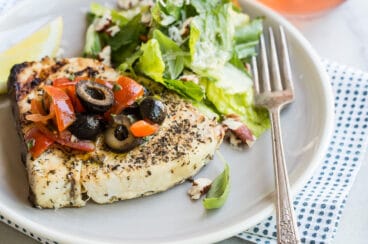 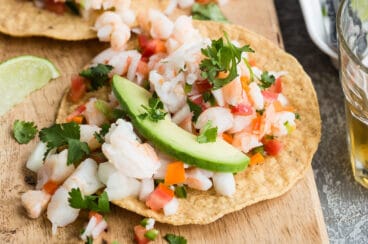