Ring in the New Year with a resolution to cook more, and cook better. Start with Hoppin’ John, a classic Southern recipe chock-full of thick cut bacon, rice, and black-eyed peas.

What is Hoppin’ John?

Hoppin’ John is a one-pot dish of rice, black-eyed or red peas, and ham. It’s a meal traditionally eaten on the New Year along with collard greens and cornbread to soak up all the cooking juices.

It’s a crucial part of Carolina Low Country cooking, but is enjoyed all over the South and beyond. While the type of ingredients are slightly different (some regions use Geechee red peas, others insist on Sea Island peas) there’s always a type of rice, a type of legume, and a type of pork: bacon, ham bone, or ham hock.

Traditionally, in order to maximize the good luck for the coming year, you should leave three peas in your empty bowl when you’re finished eating—one for fortune, another for luck, and a third for romance.

Leftover Hoppin’John is called Skippin’ Jenny, which is supposed to bring you even more luck when you eat it over the next day or two.

SO, make a big batch and have the luckiest year ever!

Its origin is believed to be from West Africa and the Caribbean, food eaten by slaves that were being transported overseas. Senegal and Guyana cultivated rice and pigeon peas, and it’s likely that this recipe traces back to similar dishes.

Do I need to soak the black-eyed peas first?

No, you don’t have to soak the black-eyed peas first.

I created this recipe assuming you would NOT pre-soak the black-eyed peas. I assumed you would wake up one day and decide to make Hoppin’ John and that would be that.

If you want to soak the black-eyed peas first, there are two methods to do it: Overnight-soak and Quick-soak.

Should I discard the soaking liquid?

But people have differing opinions on this.

I have learned from cooks in Mexico that they don’t usually soak beans at all. But if they do, they toss the cooking liquid. So that’s what I do, too.

You can pre-cook beans to keep on hand or freeze for later. These instructions will work for 1 pound of pinto beans, navy beans, Great Northern beans, red kidney beans, Cannellini beans, or black-eyed peas.

Wait – you add salt to the beans before they are cooked?

You may have heard somewhere that the universe will implode if you add salt to beans before they are completely cooked.

However, if you read Kenji López-Alt’s information in his book, The Food Lab, he did some side-by-side testing and determined that salting beans before they are cooked is fine. In fact, doing so helps prevent the beans from exploding (see page 256 in his book).

How to make Hoppin’ John:

If you like, you can drain off the cooking liquid (called “pot likker”) off of the Hoppin’ John before eating. But others like the juiciness and mop it up with cornbread.

Ready in minutes, thanks to the amazing electric pressure cooker.

Cook the rice separately and serve garnished with scallions.

Making Hoppin’ John in a crockpot keeps everything hot and means almost no active stove time for you. Use a larger slow cooker (6 quart) for this recipe.

Can I substitute canned black-eyed peas?

To substitute canned beans, use 3 or 4 cans black-eyed peas. Rinse and drain before adding to the saucepan and bringing to boil.

Note: There isn’t a lot of time for the bay leaf to work here. You can still use it, but the flavor won’t be as noticeable as if you make Hoppin’ John with dried black-eyed peas. 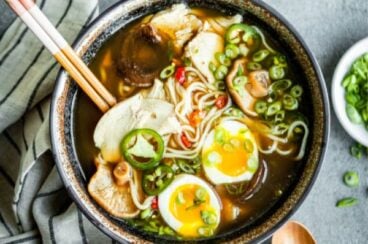 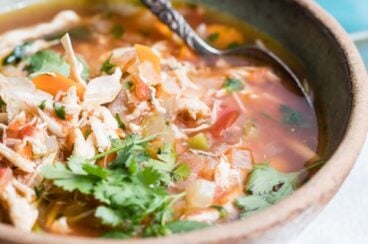 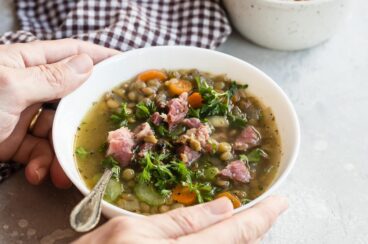