I teamed up with the California Walnuts to bring you this Walnut Crusted Pork Tenderloin. I’ve been compensated for my time. All opinions are mine alone.

Walnut Crusted Pork Tenderloin with Orange Maple Glaze is an easy, delicious weeknight meal option. And it’s fast too, ready in 30 minutes or less. You’ll love these flavors at your holiday table, too!

This pork tenderloin recipe has a sweet glaze of pure maple syrup and orange marmalade. It’s so delicious with roasted potatoes and broccoli. My walnut-crusted chicken is tasty too! 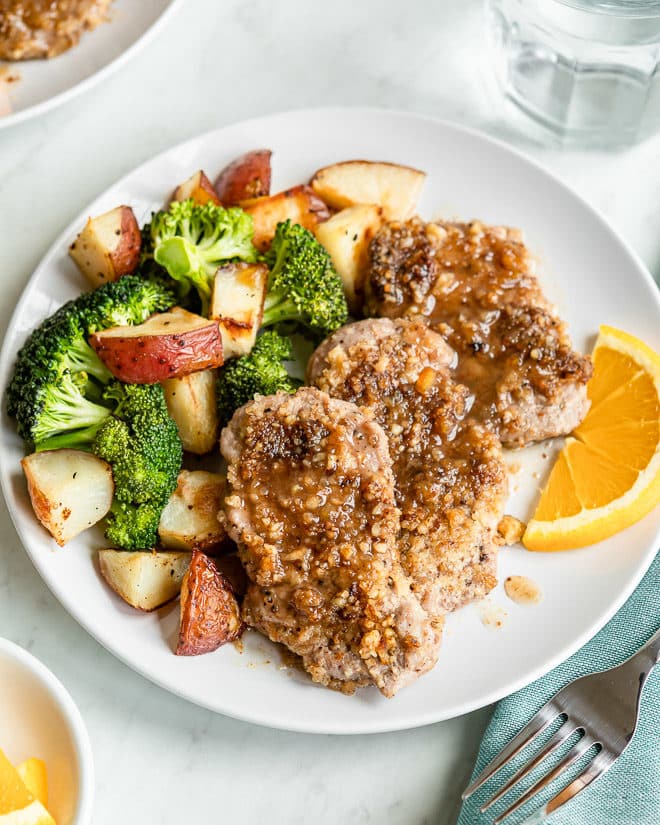 Pork tenderloin is a cut of meat that is easy to work with and, when cooked properly, tender and juicy. The full recipe with exact quantities and instructions is below in the recipe card. This is just a guide for visual learners!

Why coat pork tenderloin with walnuts?

You could coat your pork tenderloin in anything, or nothing, but I love walnuts because they are rich in omega-3 fatty acids (2.5g/oz of omega-3 ALA). Plus my kids love the extra crunch!

I always use California Walnuts to support the 4000+ growers and more than 100 handlers in my lovely state. 99% of the walnuts grown in the United States are grown in California’s Central Valley.

What is the best way to grind walnuts?

A small or medium food processor is excellent for chopping nuts finely.

If you don’t have a food processor, you can certainly finely chop the walnuts by hand. I don’t recommend using a coffee grinder to chop nuts. 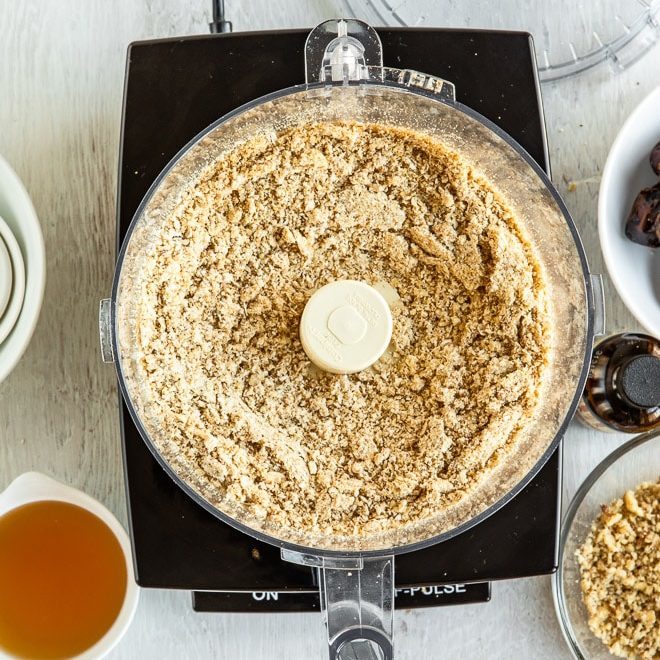 What is the difference between a pork loin and pork tenderloin?

Pork loin and tenderloin are both lean cuts of meat, but they are not the same! The tenderloin comes from a different part than the loin. Tenderloin is, as its name states, very tender. It is cut from alongside the backbone. Because it is lean and tender, it is best suited for quick-cooking.

The loin comes from from the back also, but not close to the backbone like the tenderloin. It’s very lean like tenderloin, but lends itself to slow-cooking or slow-roasting rather than quick methods. It’s also wide enough to be cut into steaks or boneless loin chops, as you’ll see them labeled in the meat section.

It’s not so much what it looks like as what it feels like. It should be soft and squishy in the middle and firmer around the edges. This particular recipe specifies slices of tenderloin rather than cooking whole. 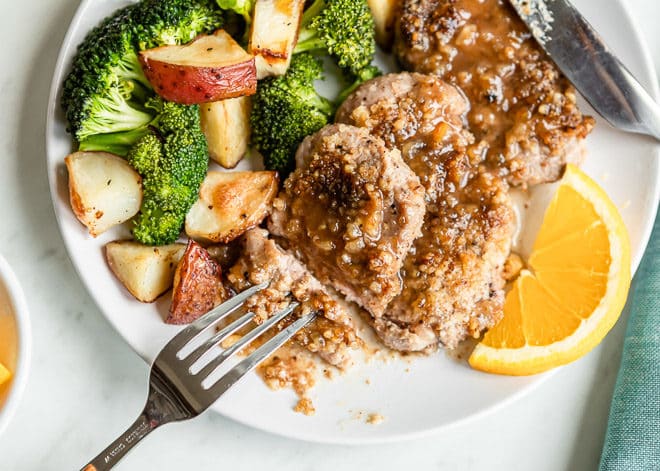 Can you eat slightly pink pork?

Eating slightly undercooked or very overcooked pork isn’t recommended except in a few rare instances. Pork should be cooked to an internal temperature of at least 145 degrees per the USDA recommendations. Certain cuts are leaner and may dry out, so it can be tempting to undercook to preserve the texture. Pork that’s isn’t properly cooked imposes a danger of food borne illness, including parasites.

Pork tenderloin is one of the only cuts that can be eaten while slightly pink in the center (as long as you hit 145 degrees). All others should be cooked thoroughly until no pink remains.

Should you cover pork tenderloin in the oven?

It doesn’t always matter if the pork tenderloin is covered in the oven or not – I have used both methods.

The best way to keep the pork moist and juicy is to sear the outside of the tenderloin then cook for 20-25 minutes, depending on the size, in a moderately hot oven. Cooking pork at room temperature rather than cold out of the fridge will affect how evenly the pork cooks and the resulting texture. 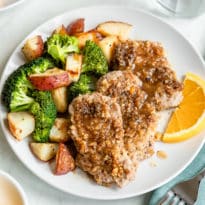 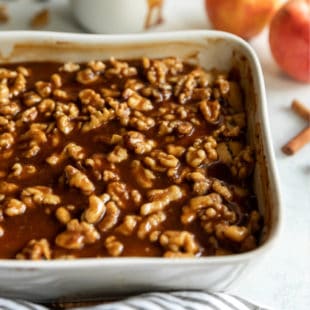 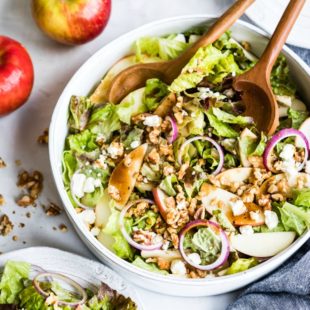 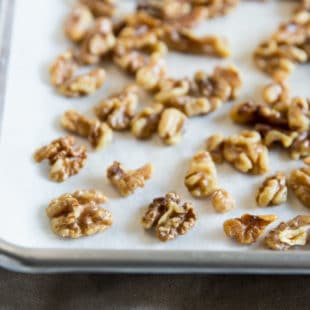 How to Toast Walnuts 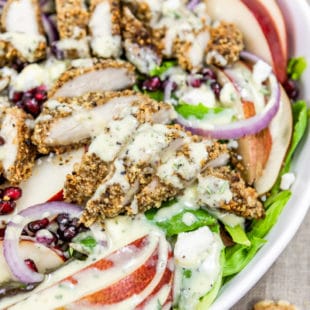