Inspired by Carnival Cruises, this Pirate Punch recipe is sweet, fruity, and tastes just like the tropics! Makes a pitcher for 8 or double the batch!

A good friend tells you about the last great cocktail he or she had.

A great friend bribes the wait staff to write down the exact recipe of said treasured punch recipe and scans the napkin over to you whilst still on a cruise ship. 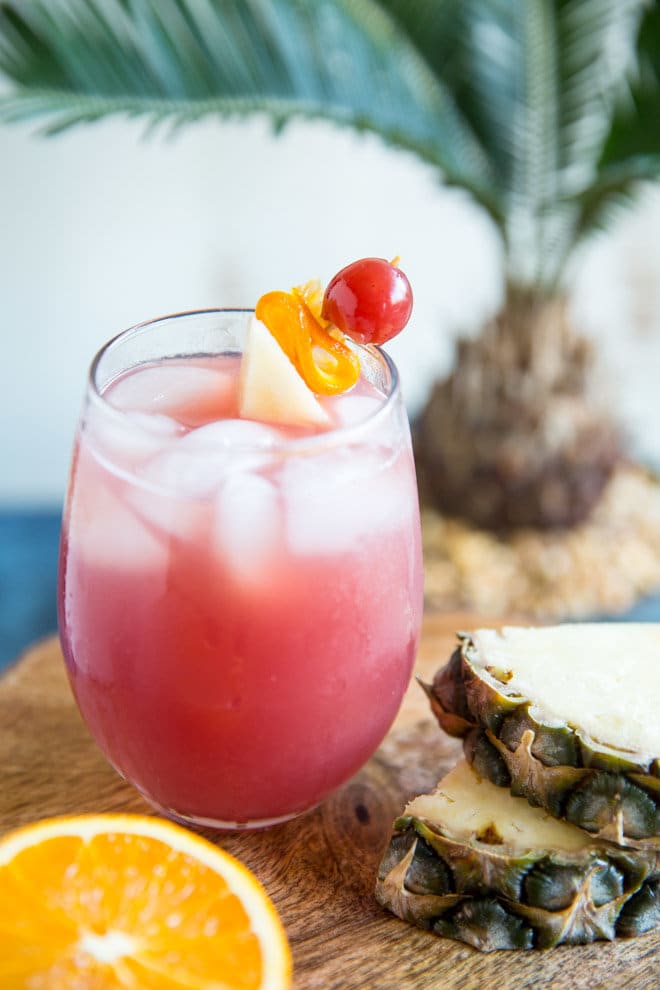 Casey Markee, SEO guru, is a great friend. Along with easy alcoholic punch recipes, he regularly advises me on the latest in Google patents, penalties, rankings, and other things to cross your eyes.

Let me tell you why you should make my version of Pirate Punch, though, and not the original.

How to Make Pirate Punch

After a glass or two of Carnival’s original Pirate Punch recipe, you’ll think you’re on a cruise ship in your own kitchen.

That cocktail is STRONG.

To make my own Carnival Copycat recipe, I basically doubled all the juice (and also tried tripling the juice, but I think doubling does the job).

If you want to walk the plank, though, just cut the juice in half.

Looking for punch bowl recipes? Combine everything in a punch bowl instead of a pitcher. Add more juice (or rum!) if you need it! 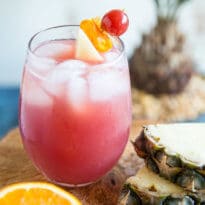 Adapted from "Pirate Punch" on Carnival Cruises. Their original recipe had the same amount of liquor but half the amount of juice. Feel free to try that if it's more your style! 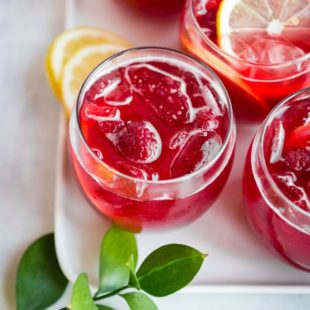 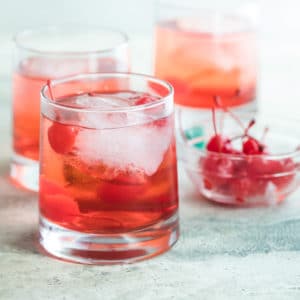 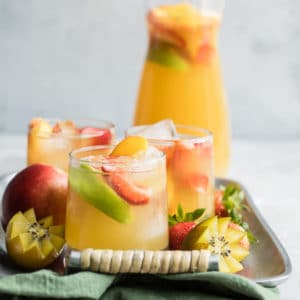 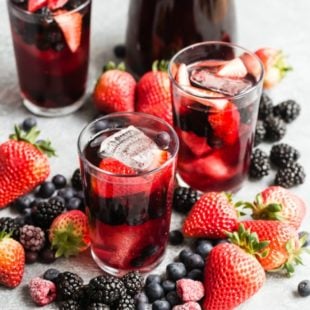