You don’t have to live on a coast to have best New England Clam Chowder in the world. This authentic, stick-to-your-ribs recipe has all the right stuff: bacon, potatoes, cream, and (of course) lots of chopped clams. One big pot of chowda, all in under an hour.

A bowl of clam chowder, a simple salad with Homemade Red Wine Vinaigrette, and a thick slice of warm No-Knead Bread make the ultimate winter’s feast. While you’re cooking, you might as well simmer up a pot of Homemade Meat Sauce to serve over pasta. All of a sudden, Saturday and Sunday eats are done and done. 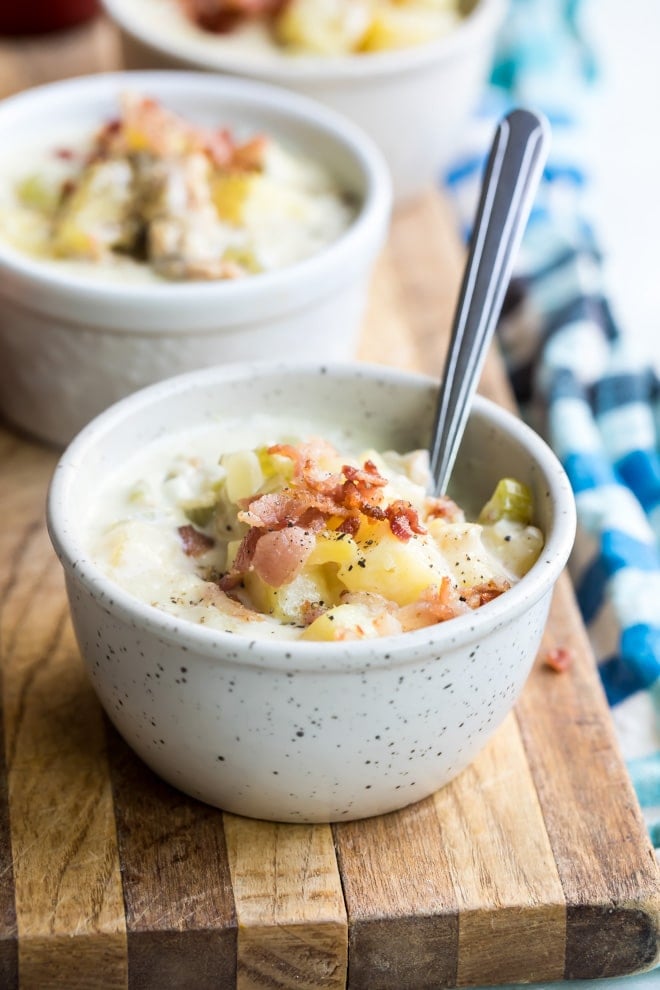 Unless you’re in Boston, Massachusetts, where all types of chowder flow freely in every restaurant, it can be hard to find an honest-to-goodness, truly delicious white clam chowder. Naturally, the solution to that dilemma—other than a road trip to the East coast—is to make it at home. Don’t think you can’t, because you can. And you absolutely should.

There’s nothing fancy about the recipe, because chowder is basically a simple food, made at home by hungry people everywhere. New Englanders love making this seafood stew at home, often using razor clams, littlenecks, or the catch of the day.

But delicious homemade clam chowder from scratch doesn't have to use fresh clams or any hard-to-find ingredients! No clam digging or shucking required with this recipe, because canned clams work beautifully. Keep some in the pantry when you get the urge.

More than likely, you’ll be amazed at how easy dinner comes together. So amazed, in fact, that you’ll make it again and again.

Making New England Clam Chowder for a boatload of hungry guests? Just click and slide the number next to “servings” on the recipe card below to adjust the ingredients to match how many you’re feeding—the recipe does the math for you, it’s that easy.

Believe it or not, a chowder is defined as just a soup containing clams and broth. However, there are a bunch of variations of chowder, all depending on the region, including:

Even with all the regional varieties, the two most common types of chowder are red (Manhattan style) and white (New England style).

Unlike creamy clam chowder, Manhattan chowder contains tomatoes, but no cream. The tomato-based recipe was such a source of consternation for the state of Maine that in 1939, they tried to pass legislation outlawing the use of tomatoes in their beloved seafood stew. In other words, Manhattan clam chowder could have been illegal in Maine!

Both chowders are wonderful, but this creamy New England version is the one to start with.

How to make New England Clam Chowder on the stove:

You will need a large pot with a sturdy bottom, like a Dutch oven, to make this recipe.

Crockpot clam chowder to the rescue!

Leftover clam chowder will keep in the refrigerator for 3 to 4 days, if stored properly.

To freeze, let the chowder cool and pour into freezer containers or heavy-duty freezer bags and place in the freezer. It should keep for 4 to 6 months.

To reheat frozen clam chowder, allow the soup to thaw overnight in the refrigerator. When ready to eat, gently reheat on the stove using a low temperature, stirring frequently. 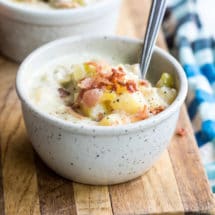 Calories: 339kcal
Tried this Recipe? Pin it for Later!Mention @CulinaryHill or tag #CulinaryHill! 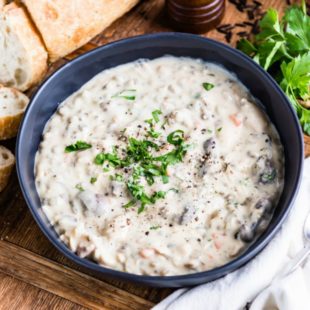 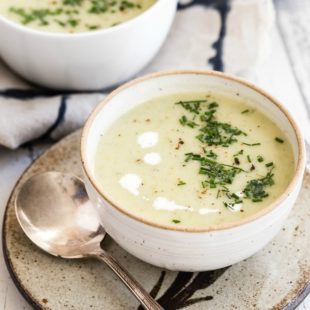 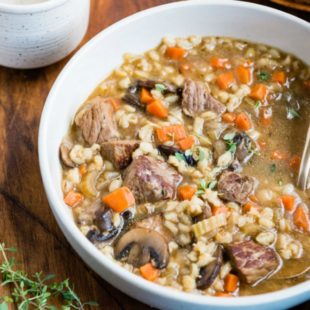 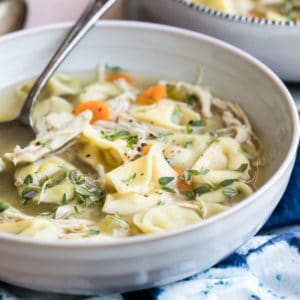