Skip to content
Home / Recipe Index / How To / Working with Vegetables / How to Salt Eggplant
March 17, 2020
Jump to Recipe

The secret to delicious, not water-logged, eggplant is just one basic ingredient and a little time. Here’s how to salt eggplant before cooking to draw out moisture and bring out its subtle yet remarkable flavor.

Test your skills with oven-baked healthy Eggplant Parmesan and Quick Tomato Sauce. Or salt up some eggplant planks and throw them on the grill for a heathy vegetable side dish with some of my Mini Meatloaves with Balsamic Glaze. 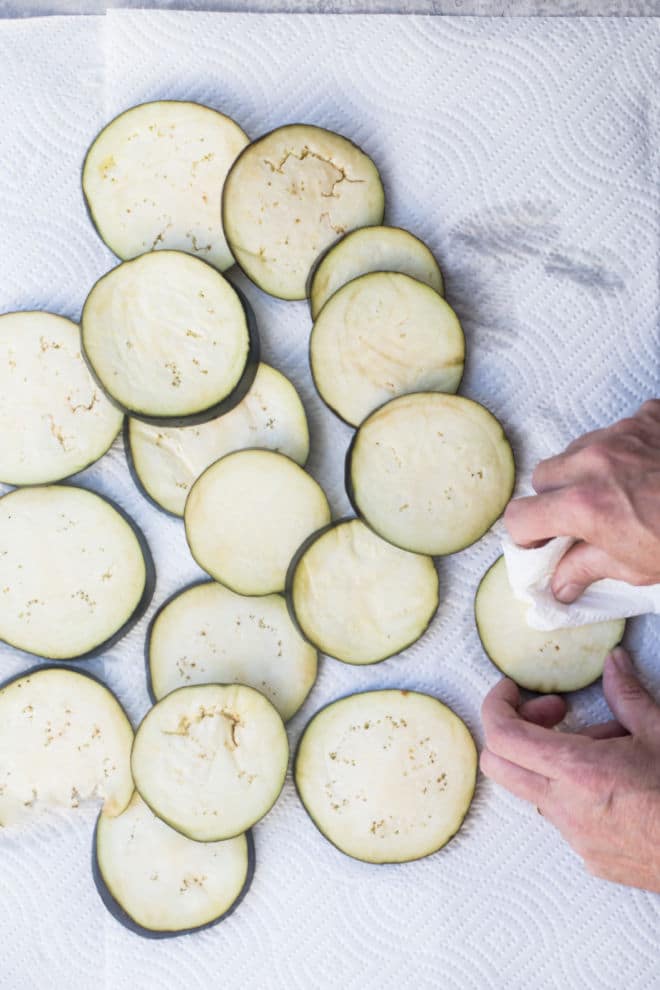 Gorgeous eggplant is the tall, dark, and handsome of the vegetable world. Eggplant has a sturdy texture that can fill-in for meat in many recipes, from lasagna to eggplant parm, and people love it.

Depending on how you want to cook it, one super simple technique will help you get the best you can out of this glossy purple beauty: salting.

Tossing a liberal amount of salt over eggplant slices triggers a scientific process called osmosis, which draws water out of the cells of the plant. This makes roasting, frying, and baking eggplant little quicker and condenses the texture of the flesh, giving it a richer taste.

Although salting eggplant is simple, it does take some time. The salt needs about an hour to do the work, so plan accordingly.

Eggplants are a member of the nightshade family, along with tomatoes, tomatillos, and potatoes.

Although considered a vegetable, botanically, eggplant is classified as…a berry.

Historically, eggplants were once considered poisonous—probably because of its bitter taste. The history of eggplant is a spotty one; people used think they caused blindness, insanity, and more. (The leaves of the plant can be toxic, though, so don’t make a salad out of them!)

Other names for eggplant:

This glossy, deep purple fruit goes by many names all around the world.

How to salt eggplant:

Do you really need to salt eggplant?

Because today’s varieties are much more mild, salting eggplant is optional in many recipes.

In conclusion, if you plan on frying slices or cubes of fresh eggplant, give salting a try. It’s worth the extra step.

One more thing: If you’re roasting whole eggplant for a dip or purée, there’s no need to salt it beforehand.

Eggplants come in many shapes and sizes, and can range from bright white to lavender to deep purple. When you’re shopping, look for an eggplant that has firm skin and has a substantial heft in your hand. Heavier fruit is a sign that the eggplant is fresh and hydrated.

Avoid eggplant with any soft spots, discoloration, or wrinkling.

Eggplants are low in calories (20 calories per one-cup serving) and high in fiber, manganese, and folate. They are also a good source of vitamin B1 and copper.

One of the most nutritious parts of an eggplant is its purple skin, which contains a phytonutrient, nasunin, that acts as a free-radical scavenger and antioxidant.

How to Salt Eggplant

The secret to delicious, not water-logged, eggplant is just one basic ingredient and a little time. Here’s how to salt eggplant before cooking to draw out moisture and bring out its subtle yet remarkable flavor.
Course Side Dish
Cuisine American
Keyword eggplant
Prep Time 5 minutes
Cook Time 40 minutes
Total Time 45 minutes
Calories 28kcal 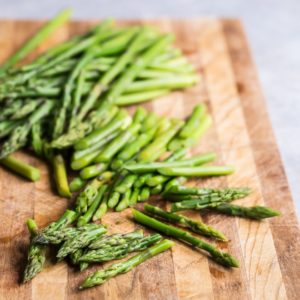 How to Blanch Asparagus

How to Blanch Broccoli 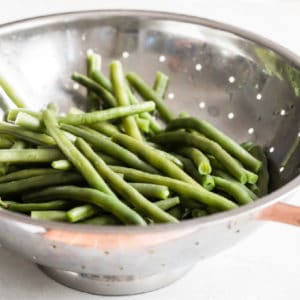 How to Blanch Green Beans 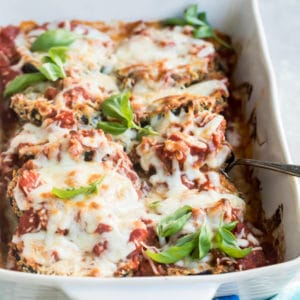 How to Roast Asparagus 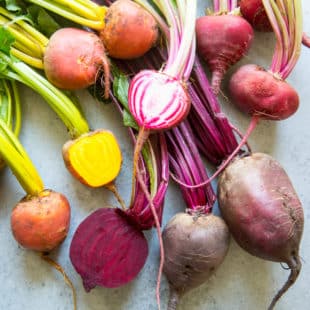 How to Roast Beets 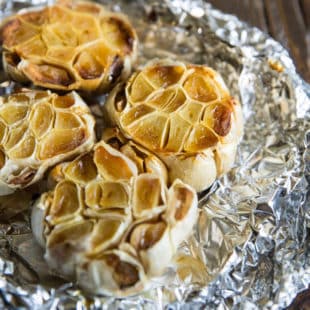 How to Roast Garlic
Home