A recipe for baked Eggplant Parmesan just might become your winter dinner staple. It’s easy to assemble and even better, there’s no frying required—the eggplant is as light and crispy as can be.

What goes with Eggplant Parmesan? Other than a glass of red, how about a simple green salad tossed in a Red Wine Vinaigrette? Or a quick appetizer of Homemade Olive Tapenade on crostini or crackers—easy but so good! For more great Italian dinner recipes, keep looking until here! 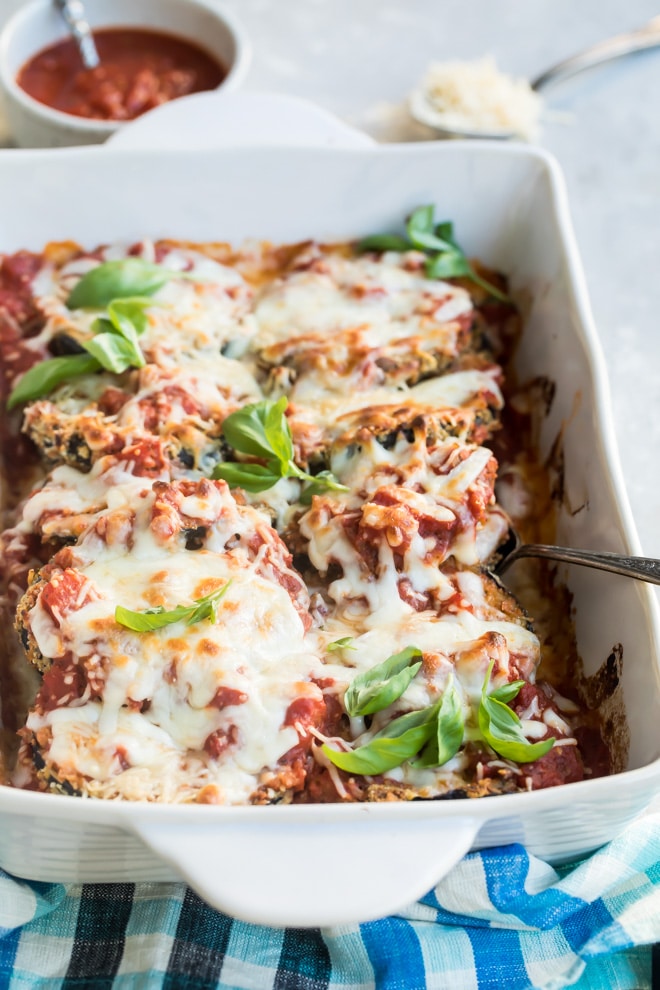 When you're in the mood for Italian comfort food, nothing compares to luscious, crispy layers of breaded eggplant baked under tomato sauce and mozzarella cheese. It's a labor of love that always required the eggplant to be deep fried in a lot of oil, in batches, a few slices at a time. In other words, a Big Project.

However, this recipe for healthy Eggplant Parmesan bakes the breaded eggplant slices all at once in just a small amount of oil, with amazing (crispy) results thanks to the high heat of the oven. No soggy, oil-laden eggplant. No guilt. Yes to room for seconds.

It does require some steps, because no matter how you look at it, Eggplant Parmesan is still a labor of love. But this one is better for you, more delicious, and requires much less clean-up and stove time--even with a homemade tomato sauce.

Making Eggplant Parmesan for two, or for a room full of expectant moms? Click and slide the number next to “servings” on the recipe card below to adjust the ingredients to match how many you’re feeding—the recipe does the math for you, it’s that easy.

In Italy, this classic dish is called Parmigiana di melanzane.

Seriously— the best question on this blog!

Some moms-to-be, desperate to give birth at 39 weeks, have received this passed-down wisdom over the years and tried it. The resulting “eggplant babies” are proof that it could very well work! Of course, with that much garlic and dairy, it’s entirely possible that a baby would decide that maybe it’s time to enter the world, after all.

How to salt eggplant:

Do you have to salt eggplant?

Some cooks swear by salting eggplant before cooking with it. Salting the slices gets rid of any bitter liquid in the eggplant and lets it rise to the surface of the slices, where it can be rinsed or wiped off.

However, this step is debated, because today’s eggplants are bred for mild flavor with less bitterness. Yesterday's eggplants, notsomuch. They probably needed salting.

In other words, if you’re pressed for time, you could probably skip this step and experiment with making the recipe with unsalted eggplant. (Please write about it in the comments!)

But if you want to make it according to the recipe, here's how:

Do you peel eggplant for Eggplant Parmesan?

Nope! Keeping the slices on the thin side (about 1/4”) means that the skins won’t put up a fight when you’re serving up the dish.

How to make quick tomato sauce:

You can make your own sauce for Eggplant Parmigiana, or just use your favorite brand of store-bought tomato or marinara sauce. For this recipe, buy a 32-ounce jar. It's fine to go with the store-bought sauce--make it as easy as you like.

How to make Eggplant Parmesan:

Admittedly, making Eggplant Parmesan without frying requires a little assembly line on the kitchen counter. But once you get the eggplant in the oven, it’s smooth sailing from there on out!

These photos take you through the steps, which is helpful for this recipe. For exact quantities of ingredients, refer to the recipe card below.

How to prepare the Eggplant Parmesan:

Can you freeze Eggplant Parmesan?

Yes! It seems to work better if you freeze the dish before the final baking stage. If you’re left with a ton of Eggplant Parm, well then, just portion it, wrap it up, and freeze it to enjoy later.

To freeze Eggplant Parmesan, assemble the casserole but do not bake; wrap tightly with aluminum foil and freeze, up to 3 months. 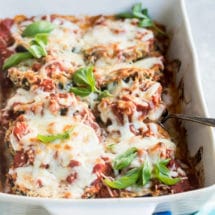 For sweating the eggplant:

For the tomato sauce (or substitute 1 (32-ounce) jar store-bought):

For the Eggplant Parmesan:

To sweat the eggplant:

To make the Eggplant Parmesan:

Substitute olive oil for vegetable oil at your own risk. Anything but the lightest olive oil will overpower the delicate flavor of the eggplant, so I don't recommend it.

Calories: 639kcal
Tried this Recipe? Pin it for Later!Mention @CulinaryHill or tag #CulinaryHill! 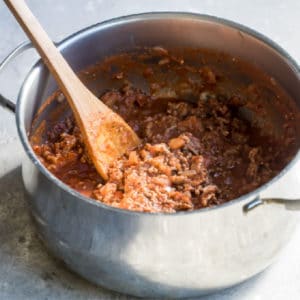 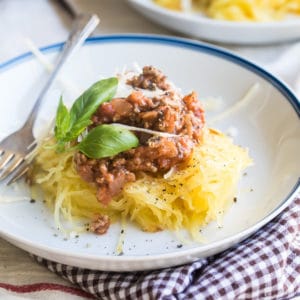 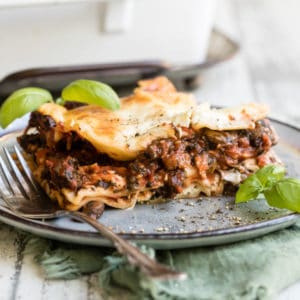 The Best Make Ahead Lasagna Recipe 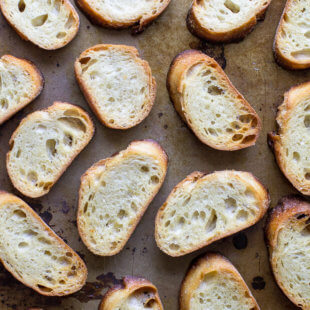 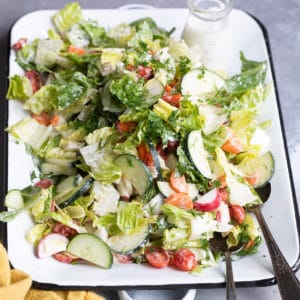 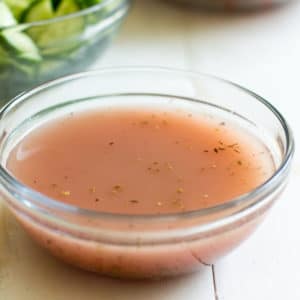