Award-winning Homemade Cinnamon Rolls have been a family tradition passed down from baker to baker; I’m proud to share my recipe for the best made-from-scratch cinnamon rolls with cream cheese frosting you’ll ever taste.

If I had known how easy homemade cinnamon rolls with icing were to make years ago, I might have opened up a bakery serving up hot, freshly baked sweet rolls just like Cinnabon. Amazingly, this recipe is as close as I’ve tasted to the popular chain. In my opinion, they’re even better.

If you like your cinnamon rolls gooey, rich, and drowning in cream cheese icing with just a hint of buttermilk, this recipe is the one you need. This is a cinnamon roll recipe made with yeast, but don’t let that intimidate you. You can do this! Besides, I’ll walk you through the whole process.

Need Homemade Cinnamon Buns for all your friends?  You're gonna be so popular! Click and slide the number next to “servings” on the recipe card below to adjust the ingredients to match how many you’re feeding—the recipe does the math for you, it’s that easy.

What you need to get started making Homemade Cinnamon Rolls:

Things to keep in mind when making Homemade Cinnamon Rolls:

How to Make Homemade Cinnamon Rolls

(Please go to the recipe card for the full recipe. This is just an outline for visual learners!)

Can you make cinnamon rolls in advance?

Proper timing of cinnamon rolls can be tricky, especially if you want Homemade Cinnamon Rolls for Christmas morning. No one, not even Santa, wants to get up at 3 am to make hot sticky buns.

These beauties can be made to the point of the second rise (once they’re rolled out, cut, and added to the pan). Cover them, refrigerate the pan until morning, then bring them out and let them go through their second rise. Add heavy cream and bake, proceeding with the recipe as planned.

Can you freeze Homemade Cinnamon Rolls?

Yes you can. Cinnamon buns without icing are easy to freeze and bake up when you want them. (You can ice them once they're baked.)

Once you roll out, cut, and fill the baking pan with all those little cinnamon buns, wrap the baking pan in layers of plastic wrap and foil and freeze.

Bake according to the recipe, adding 5-10 minutes to the cooking time. 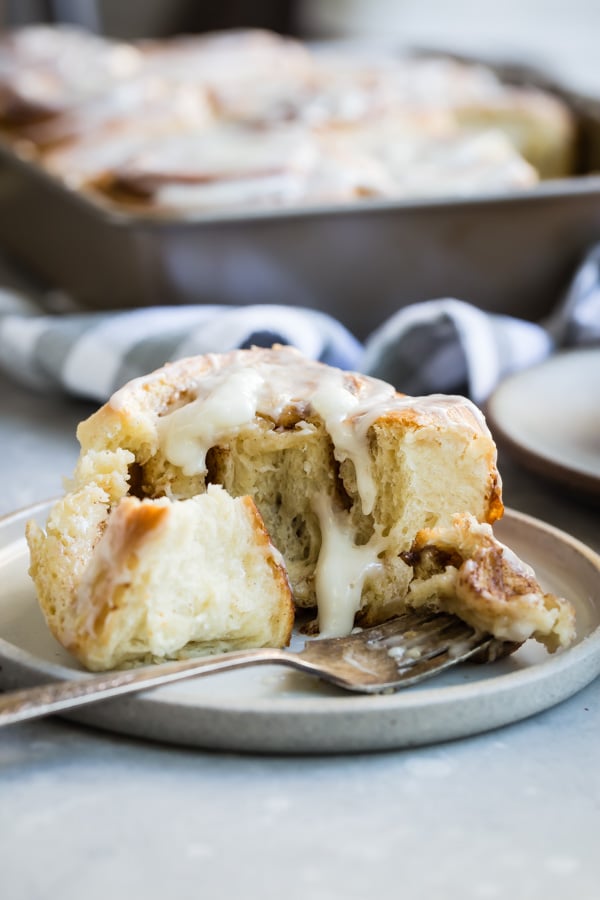 Nuts or no? I think yes! You can add 1/2 cup of finely chopped pecans to the filling mix as well as 1 tablespoon of real maple syrup for another layer of cinnamon bun perfection. Add even more toasted chopped nuts over the icing if you want to get even more nutty. 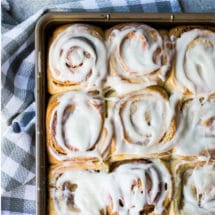 If you like your Cinnamon Rolls gooey, rich, and drowning in cream cheese icing, this is the recipe for you! The dough is made with yeast because: There are no shortcuts to any place worth going.
5 from 1 vote
Print Pin Rate
Course: Breakfast
Cuisine: American
Prep Time: 10 minutes
Cook Time: 3 hours
Total proofing time: 2 hours
Total Time: 3 hours 10 minutes
Servings: 12 servings
Calories: 485kcal
Author: Meggan Hill 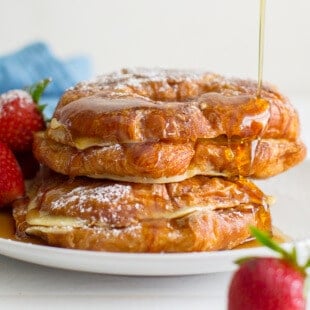 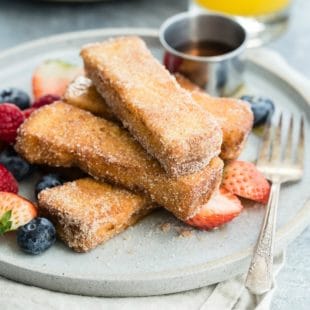 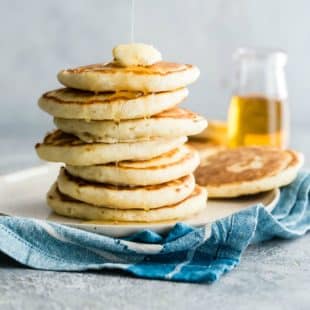 How to Make Pancakes 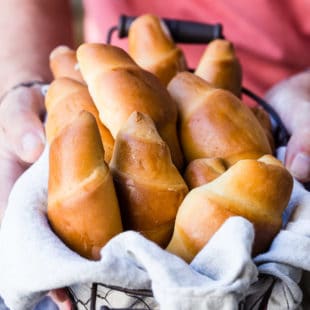 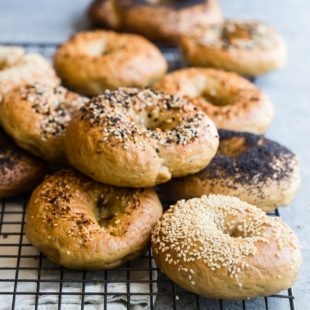 How to Make Bagels 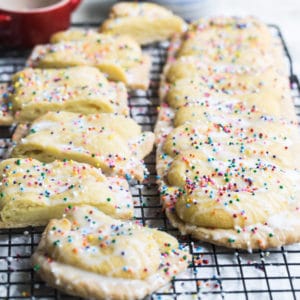