Home / How To / Stock, Sauce, and Spread Recipes

My orange marmalade recipe is made with ordinary oranges and lemons, and it’s as unfussy as it is delicious. Every sunshiny spoonful makes your morning toast sparkle. If you love candied oranges and fruit preserves, I bet you’ll be making this on a regular basis.

Orange marmalade is a standard fare overseas, but every orange marmalade recipe is different from the next. Some are wildly complicated: peel this, but not too much, scoop out that, strain something else, then add it back in. It’s enough to just buy a jar of orange marmalade at the grocery store and be done with it.

But that’s not what I’m about—I love to learn how to make the best, most uncomplicated version of everything. So I set out to crack the orange marmalade code and get to the heart of what really matters. This recipe is just that: an easy sweet orange jam with bright, citrus flavor and just a touch of bitterness from the peel.

Got an orange tree in the backyard and a passion for orange marmalade? Click and slide the number next to “servings” on the recipe card below to adjust the ingredients to match how many you’re feeding—the recipe does the math for you, it’s that easy.

Oranges, some lemons, and a whole lot of sugar. That’s it. Don’t let the amount of sugar put you off, though. After all, you will only be eating it by the spoonful…hopefully!

Can you use normal oranges to make marmalade?

You absolutely can make the best homemade marmalade with plain seedless oranges. However, if you’re lucky enough to find Seville oranges, grab them! Seville is a type of orange with a short season (January- February). Orange marmalade aficionados love them for their bitter and coarse peel, as well as their intense flavor in the marmalade.

This easy marmalade recipe is on the sweeter side–it uses oranges and lemons to mimic the bitterness of Seville oranges. If you like your marmalade not bitter, this is the recipe to try.

If you have other winter citrus, you can make marmalade with tangerines, kumquats, blood oranges, or grapefruit, too. It’s all delicious.

Pectin, the ingredient that gives jellies and jams spoonable body, is concentrated mainly in the citrus peel – in the white, inner part of the skin called the pith.

Since this recipe uses the whole orange, pith and all, in thin slices, there should be enough natural pectin for the marmalade to set up properly without adding more.

How do you make homemade Orange Marmalade?

If the temperature goes much beyond 220 degrees, the marmalade can burn and you’ll be left with a caramelized mess!

Store in super cute little jars like these Weck jars with lids and refrigerate, or put up using a steam canner or water bath method.

The recipe makes about 3 quarts (96 ounces).

How to make Orange Marmalade in a Crock Pot:

I make homemade orange marmalade on the stove, but some folks love to use their crockpot. This is a little tricky if your crockpot doesn’t get hot enough! You can always transfer it to the stove to finish if you need to.

You can decrease the amount of sugar you use in marmalade, but at the end of the day the marmalade will still be sweet. The sugar needs to be included primarily to help the marmalade set and to prevent the flavor and texture from changing over time. Making marmalade with less sugar may also shorten its shelf life.

Some cooks make low-sugar marmalade with a pectin specifically formulated for low-sugar preserves.  With this product, you can make jam using your favorite sugar substitutes and still get a spreadable product. Try it out and let me know how it goes!

Can you make Orange Marmalade with agave nectar?

I tried this out at the request of a commenter below. It wasn’t BAD, but I felt like the agave did not penetrate and sweetener the peel as well as sugar did. The consistency was fine. But the rind tasted like rind. I don’t recommend this substitution.

How can you tell if Orange Marmalade is ready?

True, it can be tricky to know how runny or thick marmalade should be, especially when it’s still cooking. Once cooked marmalade cools, it will thicken up, I promise. But when can you stop cooking marmalade?

I rely on the cold plate method for determining how far along marmalade is. You can spoon a dollop of hot marmalade on a plate and put it in the freezer to chill, or spoon some over an icy cold plate fresh from the freezer.

If the mixture wrinkles slightly when you draw a spoon or finger across it, it has reached the setting point. Your marmalade is ready to go!

By the way, orange marmalade takes 24-48 hours for the natural pectin to set up completely. If your marmalade is still a little runny looking when it cools, check again in a day or two. I bet it will be fine.

Ways to use Orange Marmalade:

You probably don’t need a reason to eat it out of the jar by the spoonful; the best orange marmalade can be pretty addicting. But here are some ways I’ve been enjoying it, in case you need an idea or two.

My orange marmalade recipe is made with ordinary oranges and lemons, and it’s as unfussy as it is delicious. This recipe makes about 3 quarts total, or 12 (8 ounce jars). It freezes beautifully or you can process it in a water bath for canning.
4.98 from 181 votes
ReviewPin0Print
Prep Time 10 mins
Cook Time 3 hrs
Overnight soak 8 hrs
Total Time 11 hrs 10 mins
Servings 96 servings (2 tbsp each)
Course Pantry
Cuisine British
Calories 68

If putting up for storage, use a hot water or steam canner to properly seal lids, according to canning instructions. Otherwise, refrigerate and use within the month. Or, freeze for up to 3 months. 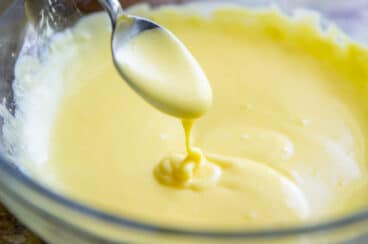 How to Make Hollandaise Sauce 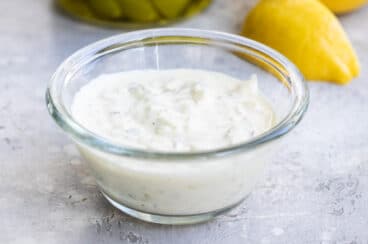 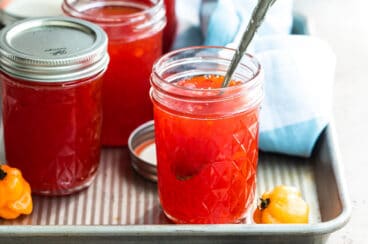 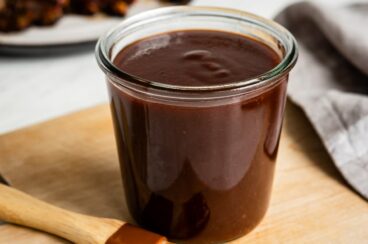