A true steakhouse classic, Twice Baked Potatoes are doubly delicious and easy to make ahead. These show stealers are loaded up with lots of cheddar, bacon, and scallions for comfort food bliss in every bite.

Serve Twice Baked Potatoes with simple Grilled Pork Chops or Grilled London Broil and a Strawberry Spinach Salad for a home cooked meal fit for a king (or queen). You might need a cocktail beforehand, though—have a peek at some fantastic classic cocktails to get inspired. 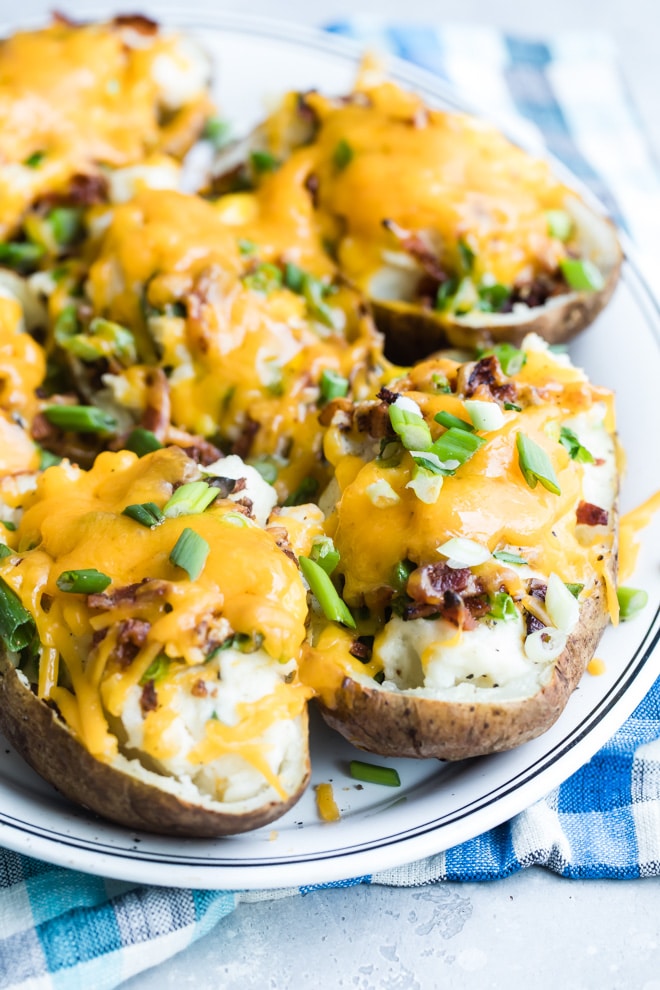 Craving a little comfort food? There’s no better way to scratch that itch than by whipping up some Twice Baked Potatoes tonight. If you like a loaded baked potato, chances are a twice-baked spud will tempt you even more.

Because potatoes go with basically everything, what goes inside the potato filling is absolutely up to you. Follow this recipe to the letter, or branch out in a million different ways. That makes this recipe a fantastic way to use up leftover bits of whatever you have in your refrigerator.

Browned ground beef and onion might be nice. So would a handful of last night’s cooked black beans or green chilies, and maybe some Chili Seasoning. Switch out the sour cream for Greek yogurt or melty Boursin cheese. Your options are endless, but always, always delicious.

Twice Baked Potatoes are the easiest thing ever for feeding a crowd! Just click and slide the number next to “servings” on the recipe card below to adjust the ingredients to match how many you’re feeding—the recipe does the math for you, it’s that easy.

What is a twice-baked potato?

Only one of the most luxurious potato recipes out there!

Potatoes are baked until soft, and then cut in half and hollowed out. The filling is mashed with butter, milk, cheese, and a handful of other savory ingredients. Then the filling is used to stuff the hollowed-out potato skins, and  finally they're baked in the oven a second time so the cheese can melt.

While making them does take some time, much of that time is cooking time and largely hands-free. Plus there's a nifty way to speed up the process by partially baking the potatoes in the microwave--keep reading.

This is what’s usually in classic twice baked potatoes, but don’t feel like you have to stop there. You can add almost anything to the potatoes for a different style baked potato every night of the week.

How to make Twice Baked Potatoes:

Before you bake ‘em a second time, you gotta bake ‘em once. You have two choices for baking the potatoes in the first step: in the oven or in the microwave.

Using an oven takes a little longer, but both techniques are straightforward and easy, resulting in crispy, crackly skins.

Baking potatoes in the oven:

Or, use a microwave to get a jumpstart on baking that potato:

You can make twice baked potatoes quick by using the microwave to cook the potatoes. It cuts the time in half, from about 60 minutes to about half an hour.

Once you bake the Russets and let them cool a little bit, you’re ready to go. Keep that oven on!

Great news! Stuffed potatoes keep in the fridge for about 5 days or in the freezer for up to 3 months. For best results, wait to add any extra toppings (cheese, scallions, bacon, etc) until you’re ready to bake them a second time.

For a fantastic treat when you don’t have the energy or time to go all-out, you can wrap up a few stuffed potatoes individually in aluminum foil and pop them in the freezer. Just make sure the potato has completely cooled before wrapping in foil, otherwise you risk food-borne illness.

To cook a frozen twice-baked potato, thaw in the refrigerator overnight before baking, or wrap loosely with foil and bake frozen until warm. Then unwrap to top with the cheese, scallions, and bacon and finish baking, until the internal temperature reaches 140 degrees. Frozen potatoes might take 15 to 20 extra minutes in the oven, so plan accordingly.

You can gently reheat this recipe in the oven for best results. Brush the tops of the potatoes with some melted butter to boost their moisture. Then bake at 350 degrees until heated through (at least 140 degrees in the center) and bubbly on top.

Sure, potatoes may look innocent, but if mishandled they can be responsible for food poisoning.

Similar to cooked rice, warm cooked potatoes are breeding grounds for bad bacteria. Why? Potatoes tend to stay warm a long time, creating a perfect environment for food-borne illness. Believe it or not, people have gotten very sick from steakhouse foil-wrapped potatoes!

Here are some tips for safely handling cooked potatoes, so that everyone stays healthy and well-fed. 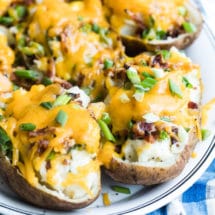 To cook potatoes quickly (about 30 minutes):

To bake potatoes traditionally (about 60 minutes):

To assemble the twice-baked potatoes:

Calories: 383kcal
Tried this Recipe? Pin it for Later!Mention @CulinaryHill or tag #CulinaryHill! 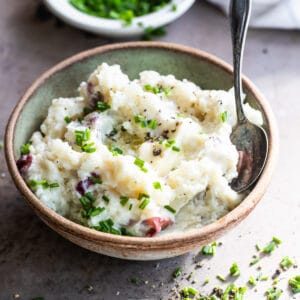 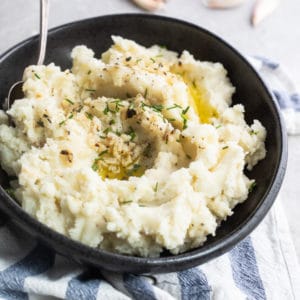 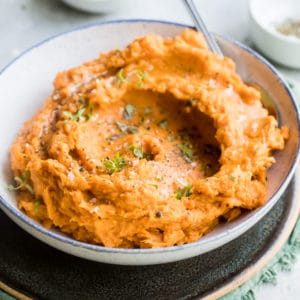 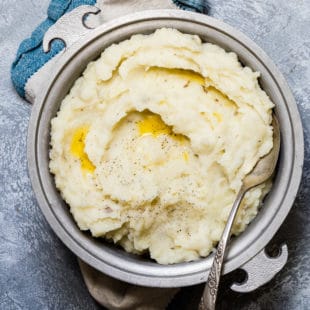 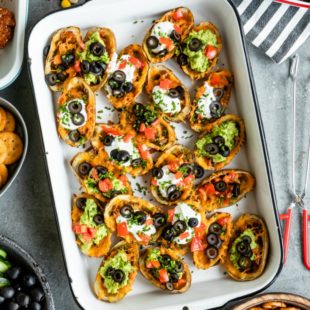 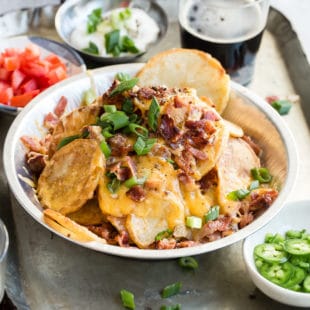 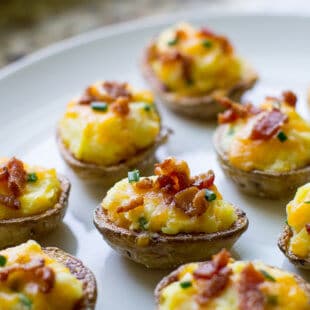