Maybe you forgot all about Creamy Cucumber Salad, or maybe you’ve never had it at all. Either way, this German favorite is about to become your crunchiest best friend. Imagine crisp cucumber slices, lots of fresh dill, and a punchy sour cream dressing that comes together in minutes. 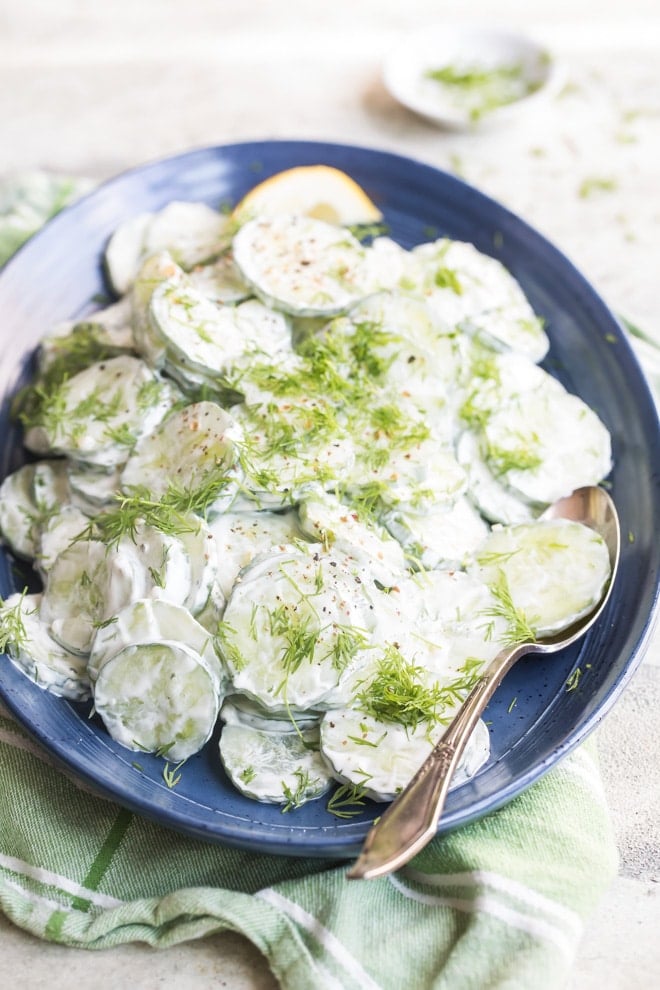 There aren’t really any hard and fast rules, here. People made cucumber salad with something creamy, something acidic, and something savory/herby. Therefore the ingredients, though different, all basically do the same thing to the sliced cucumbers.

Cucumbers: to peel or not to peel?

It is completely up to you whether or not you want to peel the cukes. Are your cucumbers thick-skinned, fresh from the garden? In that case, maybe you want to remove all or most of the peel with a vegetable peeler or paring knife.

Most hothouse or Persian cucumbers have a softer outer skin that’s easy to eat; they’re less likely to need a peeling.

Another fun way to prepare cucumbers is to score their skin with a dinner fork before slicing. Take the tines of a fork and run it firmly along the length of the vegetable, so that the tines dig into the green skin. When you slice the cucumber, you’ll have slices with “striped” skin that look great. 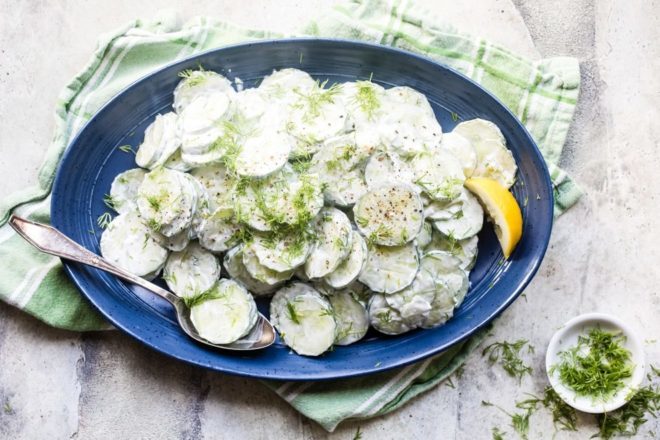 Because this recipe is such a classic, almost everyone has a slightly different way of preparing it.

Some cooks prefer a chunky slice, while others strive for perfection and use a mandolin to make uniformly paper-thin slices. Again, it’s up to you. You can slice the cucumbers by hand with a chef’s knife, if you like.

Salting the cucumber slices helps them release their extra moisture, which helps the salad stay creamy, not watery.

Once you slice the cukes, you can layer them with some salt in a colander that is set over a bowl to catch the cucumber water. Use about ¼ teaspoon salt for each layer of cucumber slices—about 4 layers in all. 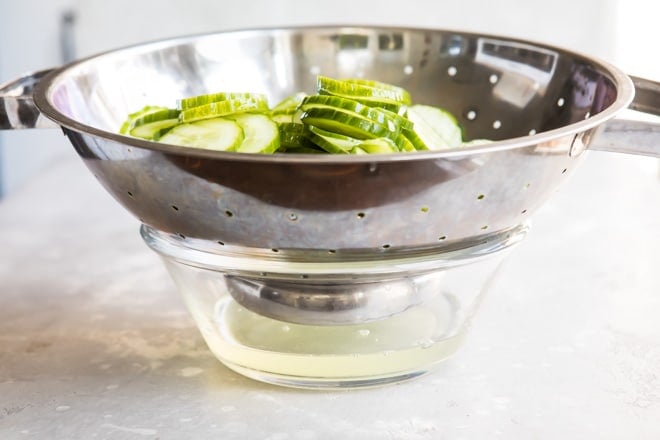 Then let the salt do its work for one hour. If there’s room, pop the colander into the refrigerator to keep the cucumbers cold while they release their liquid.

How to make Creamy Cucumber Salad:

For best results, German cucumber salad with sour cream is best when assembled just before serving time, up to an hour ahead, if covered stored in the refrigerator. Otherwise, the sour cream could break down and become watery, and the cucumbers risk turning soggy and limp. 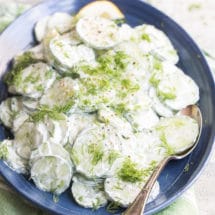 Maybe you forgot all about Creamy Cucumber Salad, or maybe you’ve never had it at all. Either way, this German favorite is about to become your crunchiest best friend. Imagine crisp cucumber slices, lots of fresh dill, and a punchy sour cream dressing that comes together in minutes.
5 from 4 votes
ReviewPin0Print
Prep Time 5 mins
Cook Time 5 mins
Salting Time 1 hr
Total Time 1 hr 10 mins
Servings 8 servings (1 cup each)
Course Salad, Side Dish
Cuisine American
Calories 97

The salad can be prepared up one hour in advance. Cover and chill until serving time. If you chill it longer than one hour, the sour cream mixture begins to separate and become watery, and the cucumbers may become too soggy. 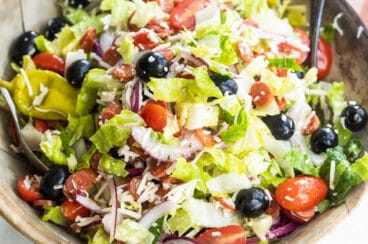 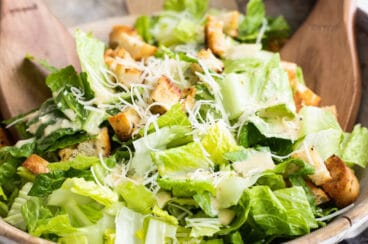 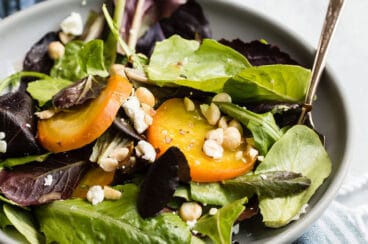 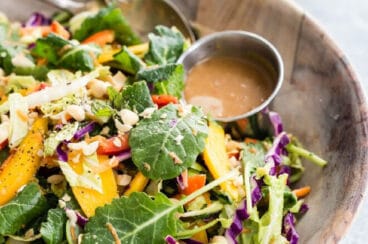